Pat had balls, he used to say, “Full on fearless” and he lived it. Every second of every day since he was sixteen he ticked like a clock, click, click, click. You have a few best friends till they die, he was mine. He loved me, he was humble enough to even admire me and let me know and when it came from him, it inspired me.
He’d had open

-heart surgery ‘so they could put a pigs ass where my heart used to be.’ We laughed more than we talked. By then they had mechanical valves, but the surgery caused a blood clot in his brain and a grand mall seizure, they had to put a piece of his skull in the freezer for six months for the swelling, it caused epilepsy. His right hand shook the coffee out of his cup but when he played his guitar, it all went away. Get his CD, ‘Motif’ on I-Tunes, it is so beautiful and mesmerizing.
I met him at Cajun kitchen, I think his mom might have met him there too, everybody met him there. They all loved him. Like the rest of us, Pat had all kinds of serious issues and ‘flaws’ but he was honest, humble and open about it. He listened and connected. He died the hardest holy week of my life, Easter 2010, I’ll go into that stuff later, I try to keep these excerpts as short as I can without them being a waste of time. Seeing all those people come to his memorial in Santa Barbara proved to me that I had to stop worrying about what people thought of me and get my balls back. I saw how all these people, many of whom I‘d known and loved for a long time, only cared about and remembered the love he had given, nobody cared about his flaws but him. His sister brought us all to tears with how he had given her courage. I had to get mine again.
It was 1981, I was painfully trying to get a mushed piece of corn bread down when he walked up to me, I was 21 years old, we both had been playing professionally for a couple years but hadn’t met. He said, ‘Hey dude, my name’s Pat Milliken, are you Leo Downey?” “Hi Pat, yeah” I shook his hand while my other held my jaw. “You want to sit down?” and so it began, something so beautiful it brings tears to my eyes right now. I feel so honored to have had (have) him as a friend, like there must be something good about me if he likes me so much. “What’s wrong with your jaw dude?” “Oh, I got kicked in it and went flying.” He laughed so hard slapping his leg and just loving it. He used to call me “Burrly Maan.” “What happened dude?” I was a bouncer at a place I played called Flapper Alley, but I got kicked by a guy at the dojo who was just trying to help me be a better fighter. I hate to fight. Ask anybody that knows me and I think they’ll tell you I’m a very gentle person. I told him about it, “A few years ago this guy stole my parking spot, I went frinkin ballistic, I jumped out of my car and told him to move his car or I’d kick his frickin ass.” He moved, I parked, I looked over at the shocked people in the window. I felt so bad, what was wrong with me? But I told him, this is the thing, Koi -Kan was a full contact Karate dojo, it was an aggressive kind of boxing style martial art, and as with every true art its secrets are always the opposite of how they appear. It’s always a mirror. When a guy flipped me off in traffic now I didn’t care at all, I’d smile and do the elephant ears wave back. Getting punched and seeing stars teaches you not to get mad about dumb things. The Master’s were great, you didn’t argue or whine or tell them you knew more than they did, you obeyed them so you could learn something, one was Greg Dulmovich, a friend from high school who’ got beaten up buy some bullies and decided it wasn’t going to happen again to him or anybody he could help. He’d always say, “Don’t fight man, just walk away.” You gain this strength and confidence and lethality that makes you more gentle and kind. I loved it, but I realized with my jaw almost broken, I was going to have to make a choice, either Karate or being a singer songwriter.

Pat and I wanted to have this big concert in the front meadow of my ranch here in Canada. He’d visit every year. I’d cook up buffalo balls and have so much fun grossing everybody out, yummm, they are so good and an aphrodisiac too! He’d eat buffalo cheese ‘smoooookies” for breakfast lunch and dinner, everybody was telling him to eat salad. I was happy to watch him eat anything cause he was skinny and nauseous all the time from the different drugs he had to take. Chester charged him when we were goofing off and making a TV show called “Cooking Canadian Style” We got it on video and I have friends helping me to get it up on youtube in a couple weeks and it’s funny!

Sometimes we were forty-year old adolescents. I used to say to people, girls and friends, “It’s not the size of a guys weener girls care about, it’s his balls, girls like great big hairy balls!” LOL oh, hahahahha, “Oh Lord’ you know the love behind my joke.” Nobody got it but Pat. I believe he’s in the state of Heaven praying for me, “Lord, uhh, I know you get this joke, would you please give Leo those great big hairy balls.” They would all just look at me funny and say, “Eww!” I’d just let them not get it cause it was so incredibly funny to me and Pat too, we were seriously planning to sneak around one night and put bumpers stickers on cars so they’d be on the freeway in the morning with other drivers looking at them real funny and saying ‘Eww!” too. They’d read, “I’ve got great big hairy balls!” If you let a man or a woman dominate you they’ll hate you for it and you’ll hate yourself. If you try and commit your self to the truth and find it’s a God that is Love and that he’s inside you waiting for you to get some balls, some people will judge you and hate you. There’s a great aspect of obedience and honor in all the true martial arts and really every art. True art humbles both the artist and the audience. That’s why I think what the world needs desperately right now is more artists. It’s the same way with the mystical faith I believe in. It’s a martial art, it takes obedience to have great big hairy balls and not be a dick. 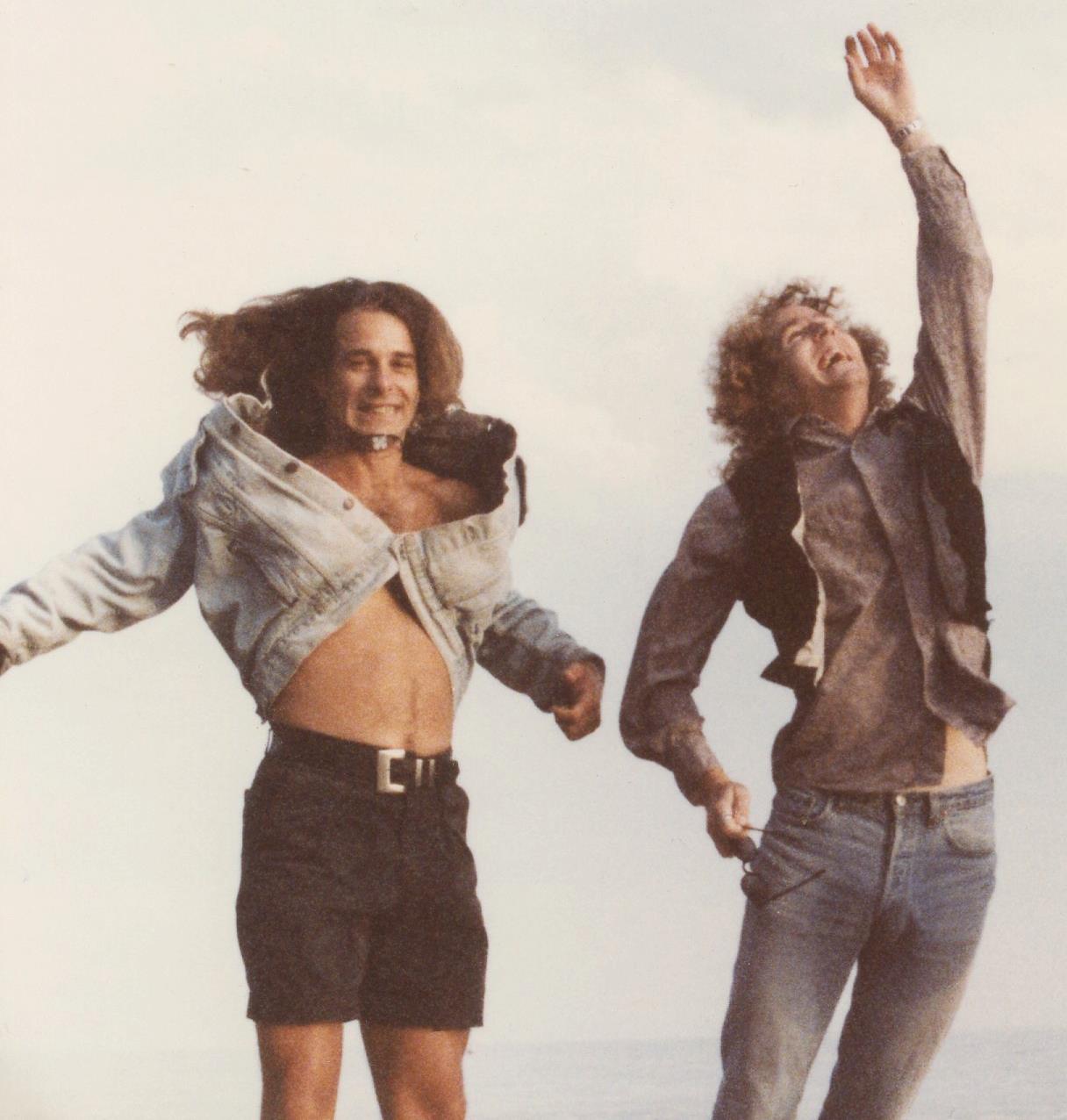